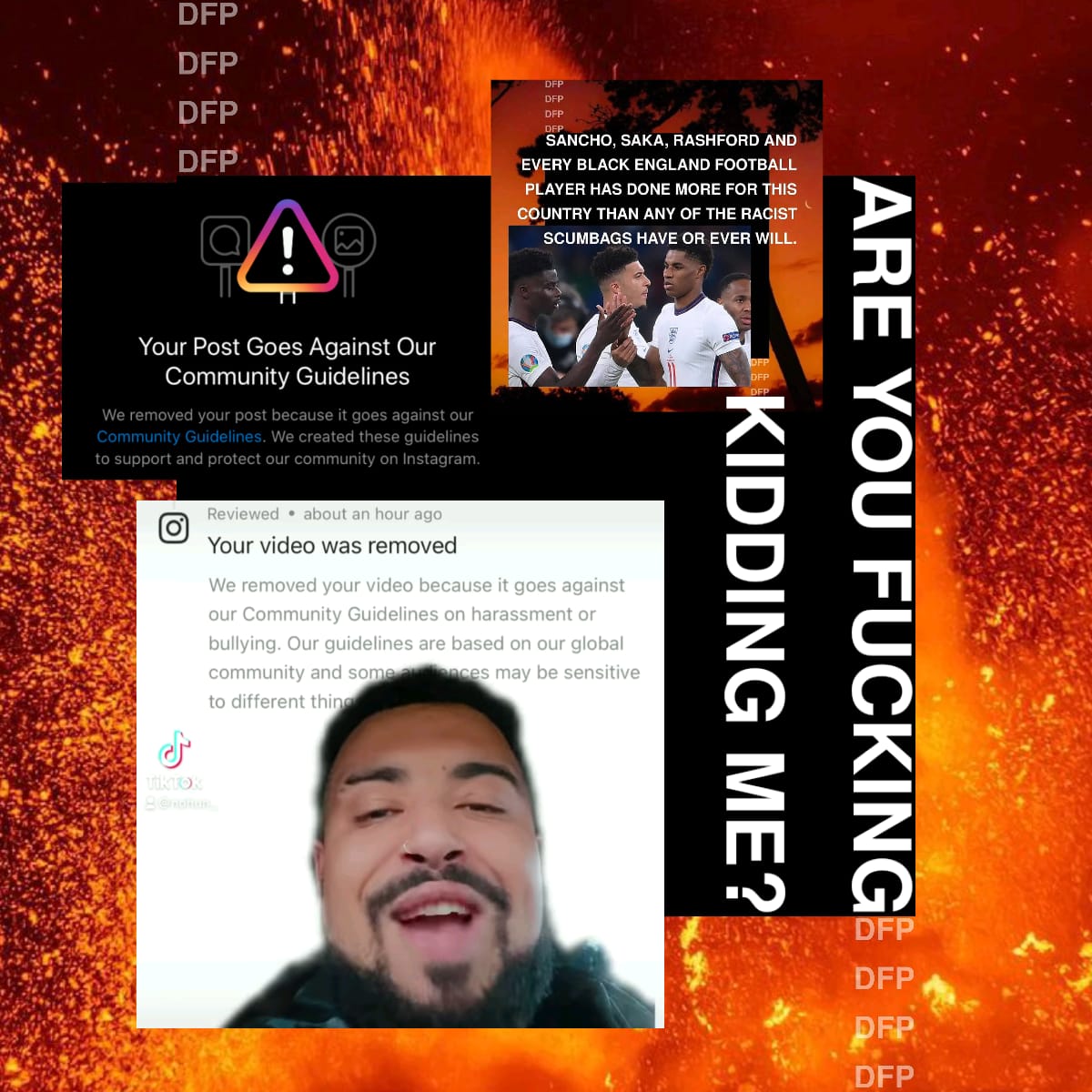 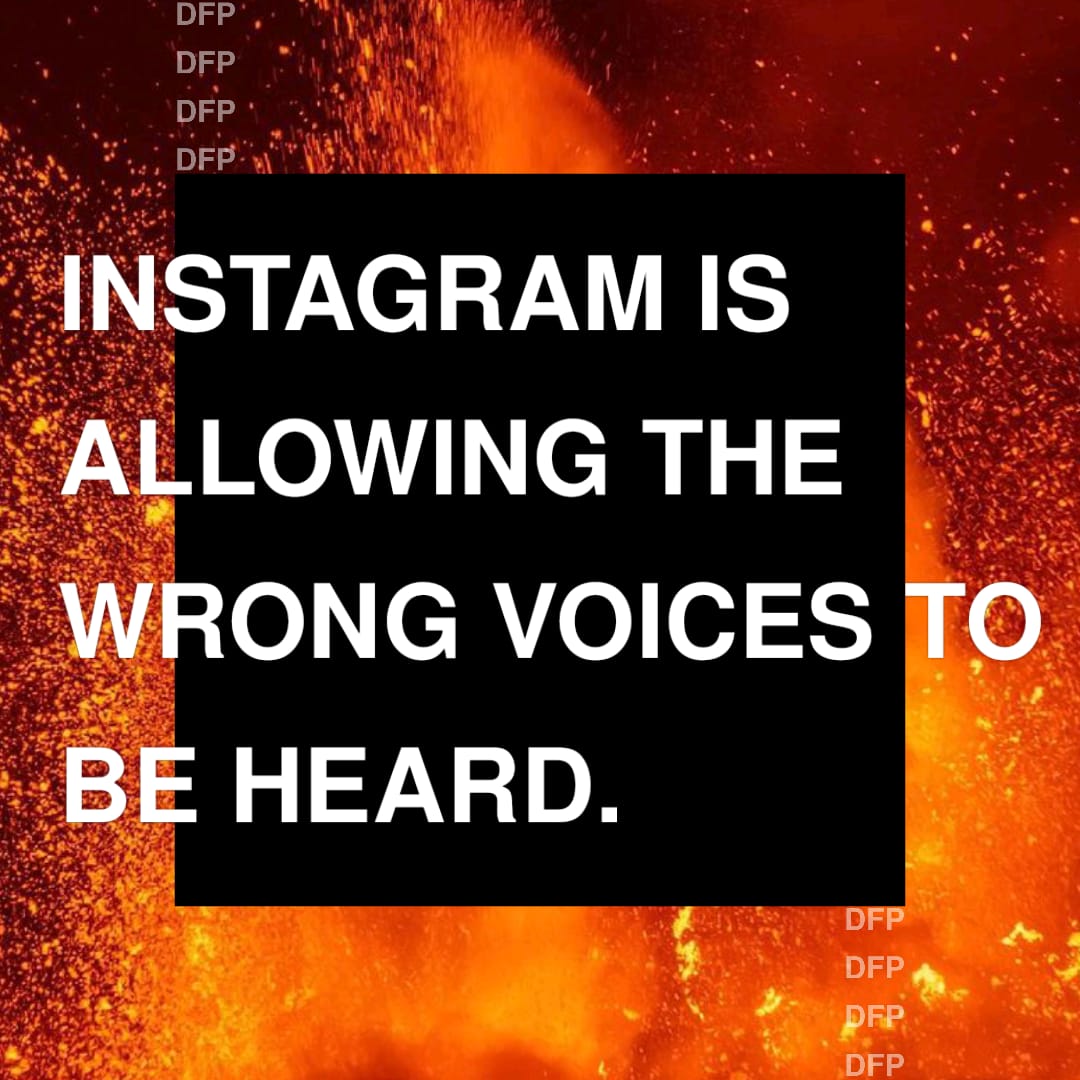 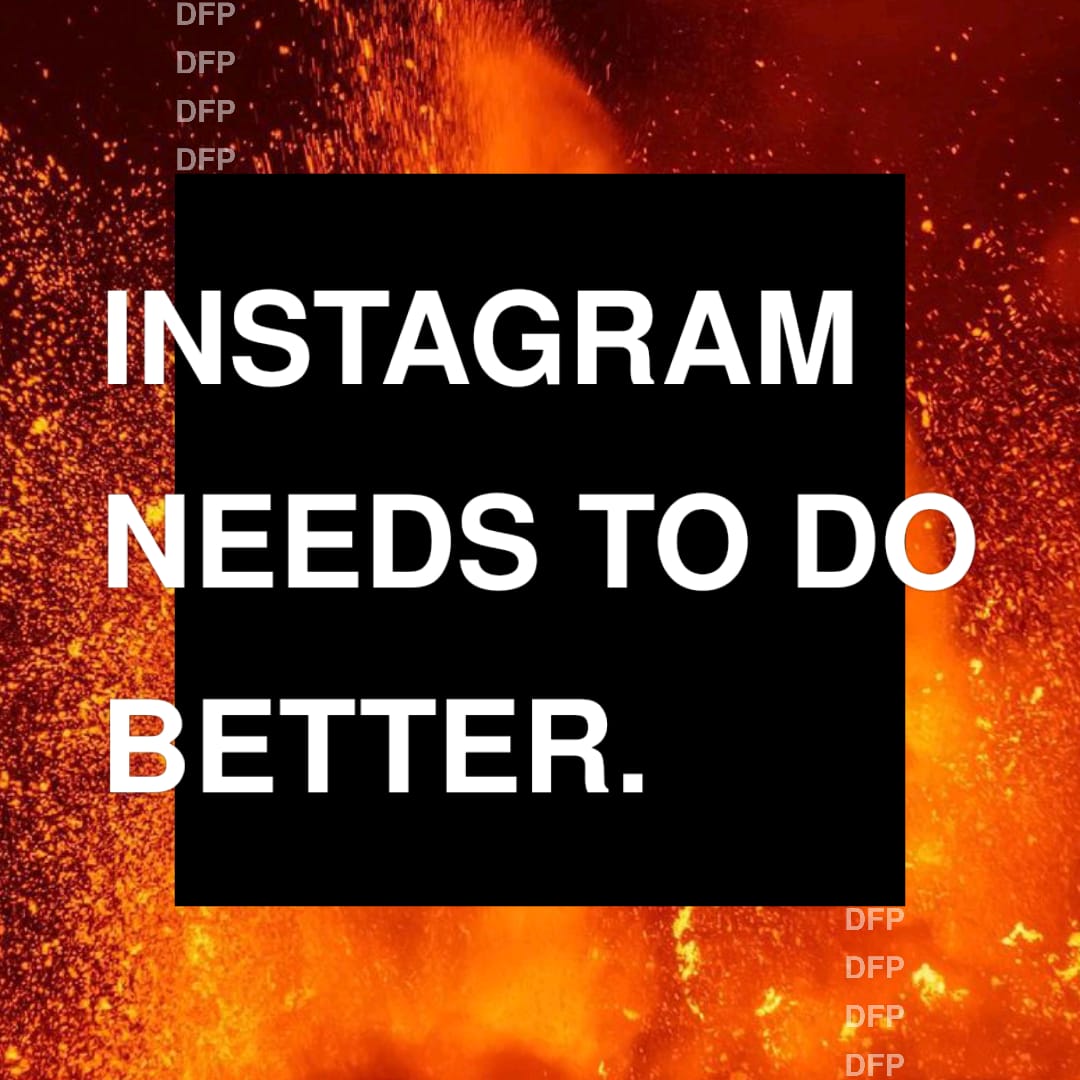 “Against community guidelines” or “Sexual solicitation”.

Because it’s a bot/bad algorithm.

Im shadowbanned and get 1 post per month flagged/removed. I appeal every post, only 50% of them go back up.

It’s resulted in lack of work and income, plus the feeling and effect of speech restriction.

Social media is a great start, but if we want real change we need to move out of the corporate digital. Word and find new platforms or alternatively take real world action.

I started putting out informative content in 2020, and in a nutshell, Instagram have done nothing but continuously shadow ban me, remove posts and allow actual racism into my comments.

For example; after the Euro final when there where huge amounts of racist content all over IG, i created a post bringing attention to some of it and IG removed my posts, sent me warnings but never deleted the actual posts from the people who posted them.

i created a post about that with a screenshot of my warning that i received, then someone commented “you n*ggers will complain about anything” i reported the comment and the account, IG then sent me a message saying that it DIDN’T go against their terms of service, then a few hours later deleted my actual post where the comment was.

They took down my post calling them out for ‘taking down posts’ but not someone who literally commented the word ‘n*gger’.

Since the death of George Floyd i have been creating content that brings attention to various areas misogyny, sexism, racism, government issues, corruption etc. And i’d say on average i have a post removed every month sometimes it’s a new post, sometimes they remove one from a while ago. I got a message from them the other day about a post a year old.

They also have a thing for not showing my followers my account and posts. People have messaged me saying that they have to search me to see recent content, i think thats crazy.

I create weekly news round-up videos and they come out every Sunday morning without fail, but my views are very low. i was getting 3k – 5k views when i had less than 10,000 followers in 2020.