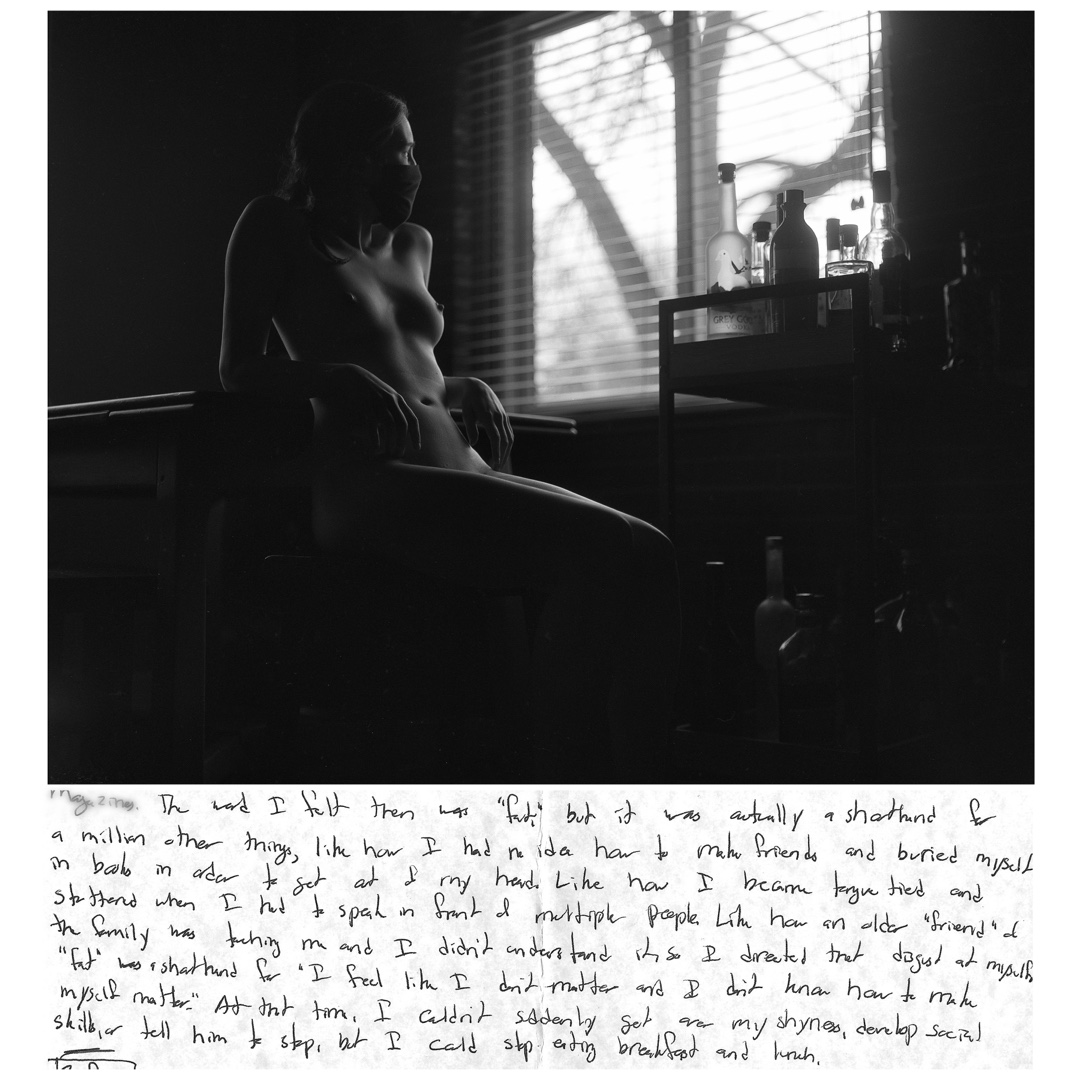 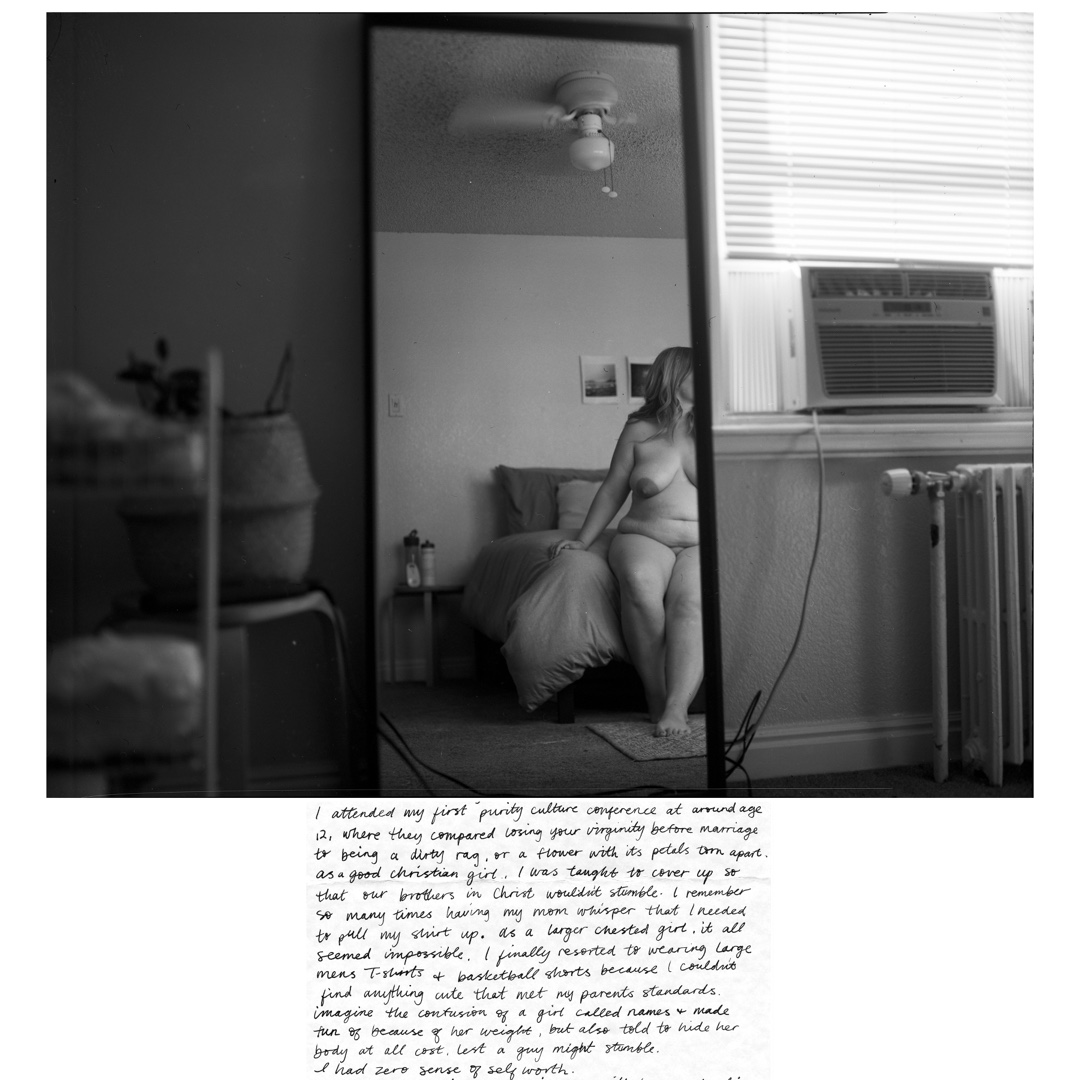 For showing the silhouette of a woman’s nipples. My submissions are from a long term project I’m working on titled, ‘As Catharsis’. One of them remains as an original post on my profile but has been repeatedly removed from my story and others’ stories when I/they try to reshare it. The other was removed from my profile and my story and I was locked out of my account for a couple of hours before regaining access. My hashtag (#AsCatharsis) for this project has also been completely hidden.

The project is a deeply personal, 2 part process exploring the disconnection between woman and body. It is meant to catalyze a symbiotic exhale between the woman sitting and the woman viewing. First, each woman spends weeks on a handwritten entry describing her own experiences with her body. Then we make the portrait which focuses’ almost entirely on the body, leaving the face obscured. This anonymity is crucial to allow each woman the freedom to express her whole truth both in her writing and in her photograph. Her entry then becomes the metaphorical face of the photo – the identifying factor. It is about a woman’s truth in order to heal herself while simultaneously opening the door for another woman’s healing to begin.

The continued censorship of it on social media only reinforces this society’s innate bias towards the natural female form and has become yet another layer to this project.

Yes, but I have had no response.

It’s disgusting and a reflection of how our society is STILL operating. A society in which a woman’s natural born body is “offensive” and considered taboo and is censored, as if our holistic self is something to be ashamed of and hidden. I am currently working on a project to safely and truthfully tell different women’s stories and Instagram will not allow it.

There are close to no platforms in this society willing, to tell the truth without shifting it, watering it down or denying it altogether. We must change this.